ENTER CCC: A long-running dispute in the world’s largest higher education system is coming to a head in Sacramento this month. It’s about remedial education — classes like algebra that don’t give students credit needed to transfer to four-year schools.

Student leaders and top administrators in the sprawling California community college system are backing a legislative push to reduce the number of students placed in such courses, an idea that has raised hackles among college faculty.

Supporters point to research suggesting students of color are too often pushed into no-credit classes as faculty nudge them toward remedial education at a higher clip than their white peers.

Taking those courses can delay a student’s transfer to a four-year school or prevent it altogether. Changing the system, proponents say, will help first-generation, Black and Latino students and other underrepresented groups overcome systemic barriers to earning degrees.

CCC’s faculty association is unpersuaded. It argues the legislation would make it nearly impossible for colleges to offer remedial education classes, robbing students of the chance to take courses that, they say, can ease them into college-level work.

Professors within the 116-college system — which enrolls 1.8 million students — also want individual campuses to be able to make their own decisions about course offerings and placement.

That’s unlikely to affect the bill’s chances in Sacramento. The legislation has sailed through the statehouse, and last week it escaped a key appropriations committee. Lawmakers also plugged $64 million for the plan into the state budget, leveling another obstacle to its passage.

Coming up: If the bill passes, as is widely expected, it will give sharper teeth to a 2017 law that sought to nearly eliminate remedial education courses by stopping students from taking them unless a student is deemed “highly unlikely” to succeed otherwise. But that law hasn’t caused the kind of wide-scale transformation for which advocates had hoped. Dozens of colleges continue offering such courses to students who performed relatively well in high school.

The new legislation would require colleges to prove the courses are boosting students’ statistical chances of advancing through for-credit classes within a year of enrolling. And it would impose a slew of other criteria that, if honored, would drastically whittle away at remedial education offerings.

That’s fueling optimism among the bill’s backers — many of whom would like to eliminate remedial education altogether.

HAPPY TUESDAY AFTERNOON! Welcome to California Playbook PM, a POLITICO newsletter that serves as an afternoon temperature check of California politics and a look at what our policy reporters are watching. Got tips or suggestions? Shoot an email to [email protected] or send a shout on Twitter. DMs are open!

COX JAILED: The FBI arrested former Central Valley Rep. T.J. Cox on dozens of charges related to financial fraud at the federal courthouse in Fresno, Calif. Sunday, POLITICO’s Anthony Adragna reports. A statement from the Justice Department said Cox was charged with “15 counts of wire fraud, 11 counts of money laundering, one count of financial institution fraud, and one count of campaign contribution fraud.” If convicted, he faces a maximum of 20 years in prison and a fine of $250,000 for wire fraud and money laundering.

Cox came to Congress in the 2018 Democratic wave, defeating Rep. David Valadao (R-Calif.) in a battleground district. He lost his 2020 rematch with Valadao by about 1,500 votes. He mulled running again in 2022, but ultimately endorsed Democrat Rudy Salas in the race.

We have a solution to power outages and high energy costs in California – Long-Duration Energy Storage.

California can accelerate its transition to 100% clean energy by increasing its investment in shovel-ready long-duration energy storage projects. Storing clean energy will reduce power outages and energy costs by capturing it when it’s the cheapest to produce and using it during peak periods when electricity demand and prices are the highest.

WATER CUTS: The West could face a massive water and power crisis as soon as next year as drought and overuse send water levels plummeting along the Colorado River, but the Biden administration isn’t stepping in to stop it — at least for now, POLITICO’s Annie Snider reports. Instead of following through on its threat to intervene if states couldn’t agree on a way of saving massive quantities of water, the Interior Department is letting Colorado River negotiations go into overtime. And it’s moving only to institute much smaller water delivery cuts to Arizona, Nevada and Mexico that were already agreed to in 2019.

With water levels at Lake Powell, one of two main reservoirs on the river, falling quickly toward the point where hydropower production and water deliveries could be jeopardized, Bureau of Reclamation Commissioner Camille Touton issued a June ultimatum to the seven states that rely on the river’s flows. She told them to agree on a plan to save 2 million to 4 million acre feet of water — as much as a third of the river’s flows — or the federal government will intervene. But the states have been locked in a dispute over how to share the pain among themselves and how much to compensate farmers and others who forego water use. And they failed to reach a deal by today’s deadline.

PRIVACY OVERRIDE: California’s data privacy agency has joined Gov. Gavin Newsom and other state officials in pressuring Congress to alter legislation that would override California privacy laws. Most recently, the agency sent a letter to House Speaker Nancy Pelosi and Minority Leader Kevin McCarthy laying out its opposition to the American Data Privacy and Protection Act, warning it would take out some California privacy protections and replace them with weaker ones. California Privacy Protection Agency head Ashkan Soltani called for federal legislation that would guarantee states’ rights to enforce more stringent protections and pass privacy laws on top of any federal protections. Such an assurance could be unnecessary in the near term, as the bill currently has low odds of passing, facing opposition from a key Senate committee chair. — Sakura Cannestra

RED VS. BLUE: California and New York are leading a legal fight against the wave of abortion restrictions emerging in Republican-led states following the Dobbs decision. California Attorney General Rob Bonta and New York’s AG Tish James joined a 21-member Democratic coalition in filing briefs challenging laws in Idaho and Texas, arguing that the new restrictions conflict with federal emergency treatment laws that could put the lives of those experiencing pregnancy-related complications at risk.

The Idaho filing, made in support of the federal government’s preliminary injunction to stop the enforcement of the state’s near total ban on abortion, accuses Idaho of violating the Emergency Medical Treatment and Labor Act by prohibiting medically-necessary emergency abortion care. The Texas brief makes a similar claim. It was filed in response to a lawsuit that Texas brought against the federal government over guidance that stressed the obligation of hospitals that accept Medicare to provide emergency treatment, including abortion. Texas, in its lawsuit, is seeking an exemption to the federal emergency law when it applies to abortion. — Victoria Colliver 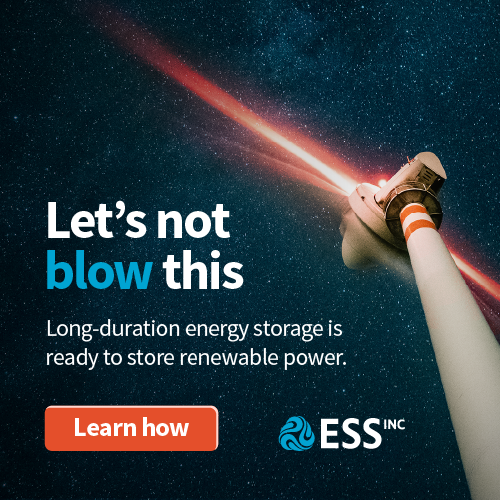 “Apple pushes Bay Area employees into stringent return-to-office plan,” by SFGate’s Joshua Bote: “The return-to-office plan, which required workers to come in Monday, Tuesday and Thursday, was first announced last June. And as the plan continued to get pushed back — largely due to case spikes during the pandemic — employees grew increasingly resentful of the company and spoke out, not just of their anger with the push back to the office but of larger company culture issues.”

“Of the so-called FAANG companies — Meta (previously known as Facebook), Amazon, Apple, Netflix and Google (also known as Alphabet) — Apple has been the most adamant that employees return to the office, despite employee protestations. Employees formed a coalition to demand more flexibility in their working conditions.”

“Santa Susana activists, residents slam Regional Water Board’s agreement with Boeing: ‘Huge tragedy’,” by the Los Angeles Daily News’ Olga Grigoryants: “Officials with a regional water board in recent days praised a new agreement that would provide safeguards for the environment and communities that live near the polluted Santa Susana Field Laboratory tucked in the hills in Simi and San Fernando valleys.”

“… But residents and activists said the board ignored their pleas for more stringent rules and voted in support of the memorandum despite calls from nearly 200 activists and residents who urged the board to vote against it, arguing that the new agreement would put the health of local families at risk.”

— “Caruso touts support of Hollywood, while his firm battles studio expansion near the Grove,” by the Los Angeles Times’ Julia Wick and David Zahniser.

— “Where do San Francisco’s Millennials move to the city from? Here’s what the data says,” by the San Francisco Chronicle’s Suzie Neilson.

California is a leader in the transition to renewable energy. However, even with that progress, we still cannot rely upon renewable power when the sun isn’t shining, and the wind isn’t blowing. There are still times of the day when we generate more low-cost renewable energy than Californians can use and must shut down renewable generation because there is nowhere for the energy to go. In California, we waste 1.5 terawatt hours of power annually due to solar curtailment – enough energy to power over 218,000 homes for an entire year. Imagine if we could capture this wasted renewable energy and use it when we need it the most – like on hot summer days. With federal tax incentives on the horizon, California’s investment in long-duration energy storage will undoubtedly pay off.